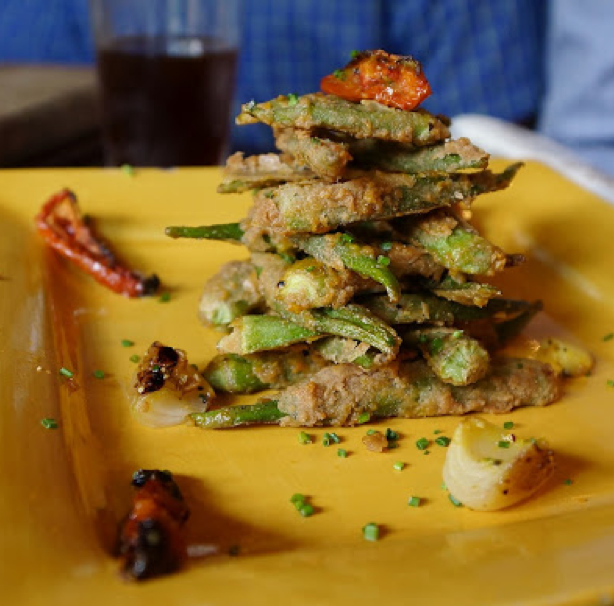 Muzita is an Abyssinian Bistro which serves Ethiopian or Eritrean food. What this really means is that to eat, one uses their hands and a special bread called injera to hold the food. The injera is a cross between an Indian roti and cake in that it is rolled out in sheets, but is very light and fluffy in texture. At Muzita, the injera is made in-house. The actual cuisine is somewhat of a cross between North African stews and Indian curries.  Entrees served in a large family style plate are even covered with a mini straw tagine-like cover. 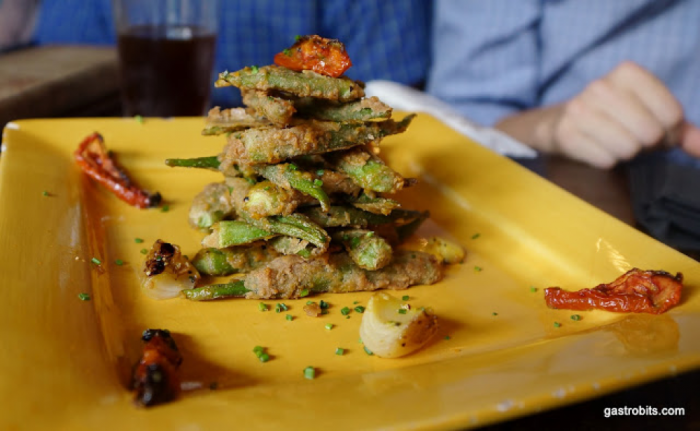 This dish seemed to be poised as a vegetarian crowd-pleaser. The okra was nicely fried and were arranged in an artistic tower shape.

The sambusas seem to be an Eritrean take on Indian samosas. They came as a variety platter of different flavors. The dough covering was nicely fried and the sambusas were enjoyable overall. 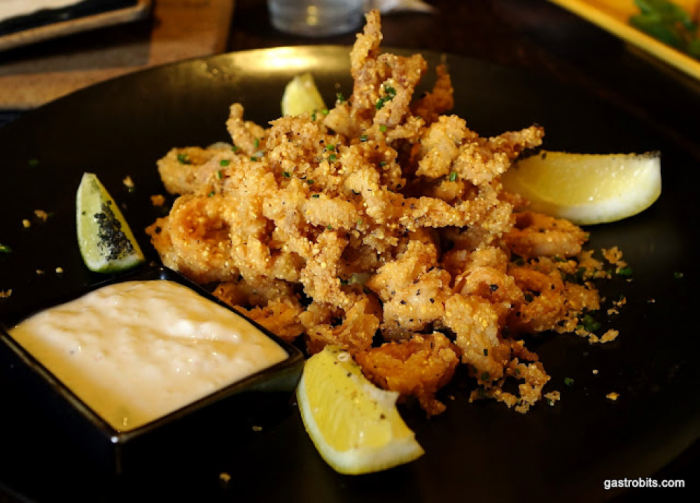 The calamari were tasty, but again this seemed more like a crowd pleaser.

As I didn’t sample all the entrees, I’ve only included comments on the ones I tasted.

The entrees are mainly broken down into protein or vegetable with two sauces – tsebhi and kilwa. The tsebhi is more of a heavy herbal and spice mix while the kilwa is a tomato based sauce.